RS AccountantsTaxHow will HMRC collect tax in a few years?

How will HMRC collect tax in a few years? 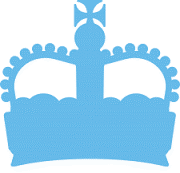 How will HMRC collect tax in a few years?

HMRC have taken a bit of a battering over the last year on it’s dealing with ordinary taxpayers and in contrast with some of the technological giants like Amazon and Google.

The truth is that HMRC have been cost cutting for a number of years now and shedding staff.  Therefore, the overall level of service has plummeted.

Despite the government wanting HMRC to collect more tax, the cost-cutting exercise is to continue with the announcement that HMRC will shut all but 13 offices.

So far over 250 local enquiry centres have gone during 2014 and 2015 so it will become more difficult to have a face to face meeting with HMRC. When the exercise is complete, one imagines is that the only way to see them face to face is to arrange an appointment.

The office closures are not just about cost cutting though, it is another step forward on HMRC wanting everybody on digital services.

This is presented as exciting and rather whizzy but in reality HMRC’s digital services have been less than great in the past and it is probably going to be a mechanism to collect tax from self employed people and limited companies quicker.

My guess is that annual tax bills could turn into quarterly tax bills but you will have to watch this space to see if this happens.